Find below our news on services, projects and current developments.

The project Smartmushroom - endowed with 3 million € - has won funding within the EU program Horizon 2020 – Fast Track to Innovation (FTI). It is intended to help new technologies and innovative projects to get ready for the market. The project has four European partners.

Within the project Novis will develop an innovative biogas plant that is fed by mushroom compost. The construction of the pilot plant as well as the operational tests will be done in La Rioja, Spain.

Novis resolves thereby a residual problem. For the industrial mushroom production large quantities of substrate are needed – mainly consisting of horse and chicken manure. After the harvest, the spent substrate could be used as organic fertilizer. Nevertheless the use of fertilizer is limited in quantity according to the directives in force. The high humidity of the compost makes it uneconomic to transport it over long distances. Storage releases unwanted methane. In Europe, 3.65 million tons of mushroom compost are produced every year that are mainly not reused.

The partners of the project want to end this “take – make – dispose” model. With the biogas generated by the compost fresh compost can be dried. Then it can be processed to fertilizer pellets, easy to transport and to merchandise. A residual problem is resolved by the use of renewable energies and results in a new high-quality product. This idea has convinced the EU.

In collaboration with the university of applied sciences Hamm-Lippstadt Novis tests which composition of the mushroom compost and which additives achieve the highest biogas yield.

The pilot plant is going to be built in La Rioja, Spain’s biggest production area for mushrooms. Further plants in six European countries including Germany shall follow. 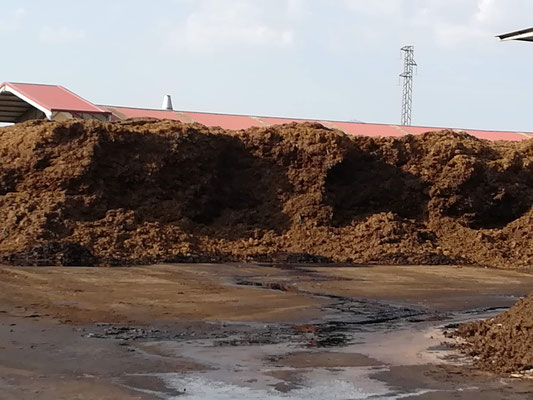 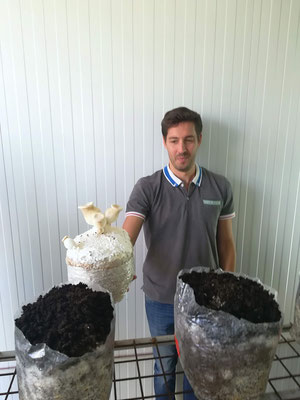 The research project „CocoaBoost“ has received funding by the cooperation network Biohymed. Novis GmbH and the institute for food chemistry and food biotechnology of Justus – Liebig – University in Gießen will develop together a biotechnological process to gain cocoa powder out of cocoa shells. Biohymed is supported by the central innovation program for medium-sized companies (ZIM) of the Federal Ministry for Economic Affairs and Energy (BMWi). A full report in German language can be found here.

Novis about Chances in Africa

Recently the magazin Exportmanager Online published in his July 2017 issue an article about the economic potentials in Africa after the G20 summit in Hamburg.

The experiences of Novis are part of the publication.

The complete article you can read here. Unfortunately only in German.

Due to his vaste experiences in Bioleaching, Novis is part of the project "AminS".

To read the full article, just click. Unfortunately only in German.

In may 2017 our experiences in bioleaching were presented in an international conference.

At the White Biotechnology Congress in Mons (Belgium) Novis presented a convincing example for the industrial use of biotechnology.

At the 11th annual COFACE meeting, may 2017, Novis presented some of his experiences with financing in African countries.

Novis on the German Afrikakongress

At the annual energy meeting of the German based Afrikaverein, end of April 2017 in Hamburg, Novis experiences with doing business in Africa were asked for. A high ranked podium with several ministers brought deep insights to the 400 international participants.

Bouaké, second biggest town in Ivory Coast is supported by its twin town of Reutlingen (Germany). The main target of these activities: improving living conditions and opening possibilities for generating employment in Bouaké to create a future perspective for the people.

In the framework of the recently started project, Novis will develop and install nine biogas plants, providing enough biogas for school canteens with a cooking demand of up to 1.000 pupils daily.

A highlight of these biogas plants are the integrated waste water purification units, based on local wetland plants to clarify the waste water from the biogas plant, leaving only clear water and solid fertilizer as final products.

The picture to the right shows viscosity measurements, being performed with secondary fermented cocoa shells. These shells are treated with bacterial strains, combined with specially selected enzymes to remove all unwanted contents in the shells and to obtain a clear food product stream at the end.

We are happy to receive the honour of "Best Concept for Growth" being awarded to Novis in 2016 by the chamber of commerce of Reutlingen.

In the category growth, Novis was one of only five awarded companies in the region Tuebingen - Reutlingen - Neckar-Alb.

In Janaury 2017 we formally kicked-off of our new project "BiBou": Biogas in Bouaké. Nine schools will profit from biogas for their canteens, replacing firewood for cooking. Biogas is produced from organic household waste, delivered by the children themselves.

The specially designed biogas plants show a new development of Novis with a maximum in operational security as well as the highest amount of locally sourced or produced equipment.

Dr. Werner Stroebele, director of the municipal culture office Reutlingen, was the head of the Delegation.

Former and timeless news you will find here.